The goal of this pilot project was to understand the impact of the presence of therapeutic clowns on students attending École Dominique-Savio, an adapted elementary school and youth centre. We wanted to validate the hypothesis that the personal relationship approach used by therapeutic clowns would have a positive impact on the ability of young people going through major transitions to open up. 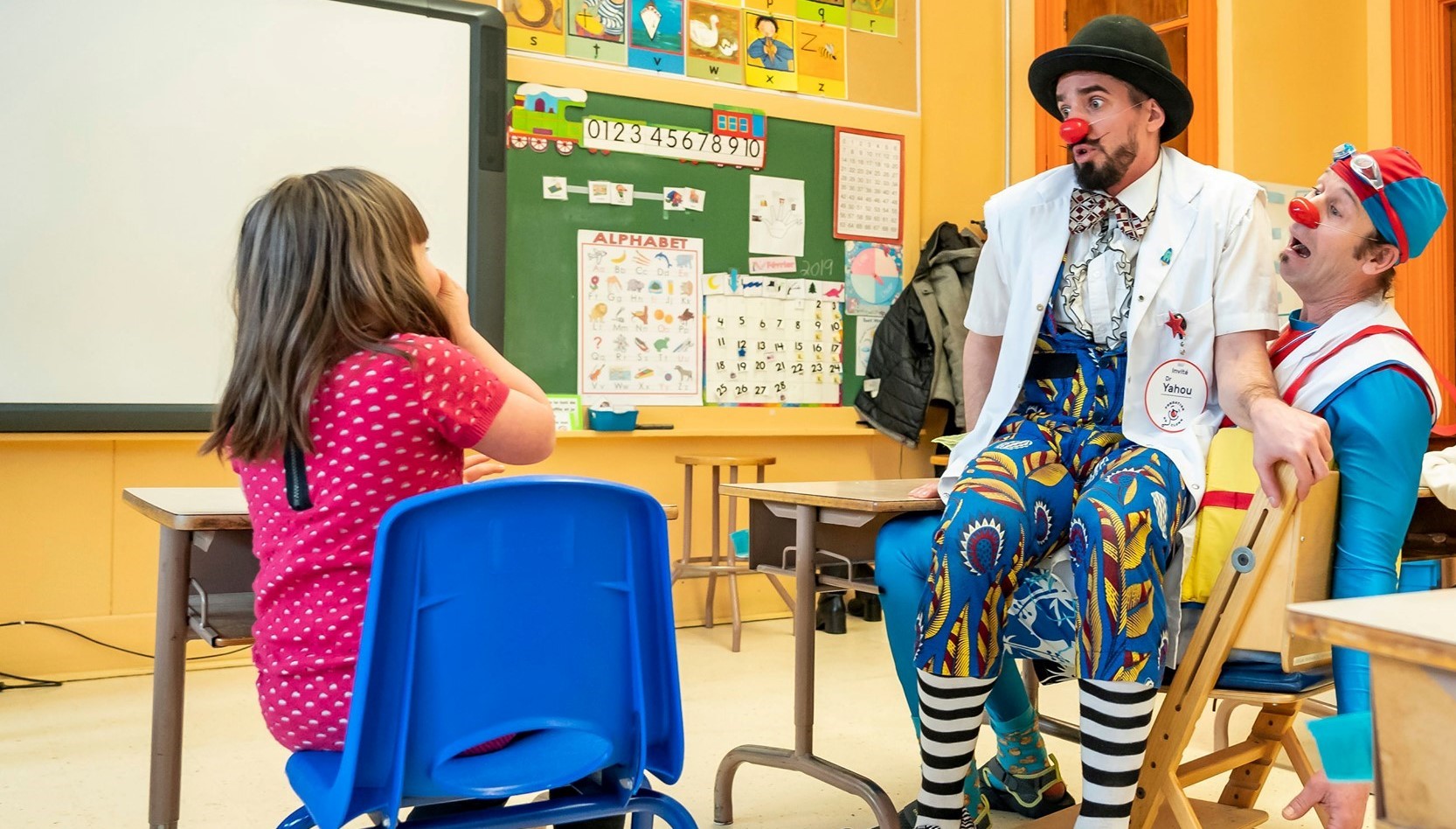 The nature of this environment prompted the Dr. Clowns to modify their usual approach. The school staff suggested that Dr. Clowns work in the classroom setting, both in sub-groups and on a one-to-one basis within the groups. Given that outbursts are a common occurrence in this type of setting, the clowns opted to create calming rather than stimulating spaces. Through an approach involving games, humour, miming and drawing, the therapeutic artists help the youngsters focus on specific behavioural objectives such as respecting rules, controlling their emotions, identifying boundaries, self-esteem, building bonds of trust, reducing anxiety, etc.

The Dr. Clowns also had the chance to visit some of the students in their living quarters, which allowed them to get to know them as individuals, outside the group. This made it possible to establish relationships with some of the shyer children and to be admitted into their personal worlds, creating opportunities for more targeted and personalized interventions.

The benefits and impacts observed were positive for both the children and the staff. This innovative project has played an important role in allowing us to take the therapeutic clown approach one step further.

« I was very impressed with X today. He is usually more of an avoidant type of child, in his bubble, he doesn’t want to mix with others. When he is with the clowns it gives him a responsibility to welcome them and make sure that they are well… I think it's fantastic. [...] He also raised his hand to read which never happens. His stuttering is such a big handicap for him. He denigrates himself a lot. I find it fun that he dares to open up in front of a stranger! " – teacher